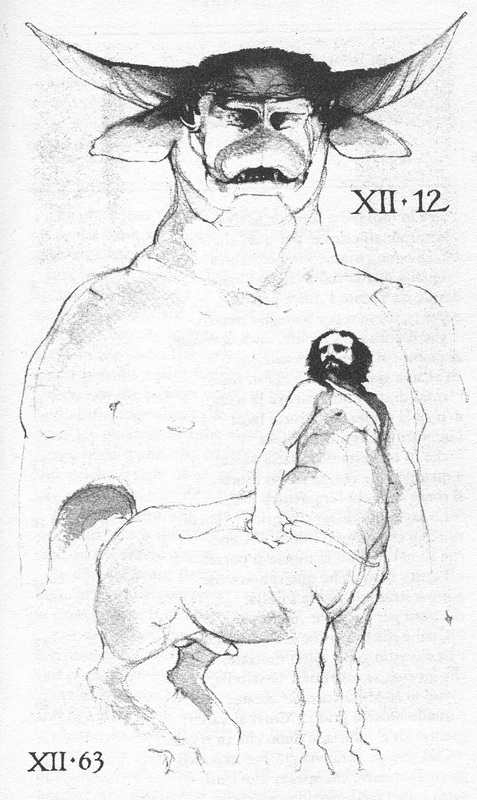 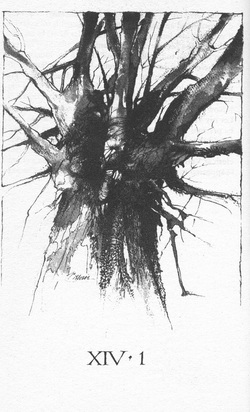 Ring One-
Violent against their neighbors: the souls forced to swim in a boiling stream of
blood:

Icons:
The Minotaur, the half bull,
half man, is a guardian and a symbol of this circle’s violence, because the
creature is underscored by Dante with a beastial rage; Centaurs, creatures that
exhibit bodies of horses from the waist down and bodies of men from the waist
up, help to guard the first ring of the seventh circle with bows and arrows.

-Dante is taken through a passage of broken boulders and
encounters the threatening Minotaur. However, Dante and Virgil slip by him as
he rages on.

-On further descent, the two see a river of blood that boils
sinners captured in it who were violent against their
neighbors.

-At once, there is an encounter then with several Centaurs, who
fire arrows from their bows at any souls that strains to rise to ease the
magnitude of punishment from the boiling river.

-It’s noticed by the head Centaur Chiron that Dante is not a
shade in hell, but a living soul, who movies the ground he walks on, so he
draws an arrow towards Dante, but Virgil ceases his actions.

-Chiron is also requested to provide a guide named Nessus for the
two as they continue their travels through this ring of the Seventh Circle.


-Dante mounts the back of Nessus, who along the way, names more
notable souls in this section: Alexander (Alexander the great perhaps), Ezzelino
III (a leading Ghibelline), Dionysius, and Atilla the Hun.

-After the stretch of the river is concluded, Nessus drops the
two travelers off to continue to the second ring of the Seventh Circle of Hell.


Punishment/Contrapasso:
Violent against their neighbors: the souls forced to swim in a boiling stream of
blood.

Ring two-
the violent against themselves: suicides-transformed into thorny trees that are ripped apart by
Harpies:


Icons:
-Harpies, the foul creatures that feature the head of a woman with the body
of a bird remain perched in the suicide trees, tearing and picking at the limbs
and leaves;
-Pier Della Vigna, an accomplished poet, ended up as a victim of his
faithful service unto his state and Frederick II, guilty of corruption to the
emperor and accused of betraying Frederick, who believed the accusations and
had Pier put in prison and blinded; Pier took his own life because he was
unable to accept that his faith was questioned.

-In the second ring of the Seventh Circle, Virgil and Dante come
upon the strange woods that is filled with blackened and gnarled
trees.

-Dante notices the dries of many souls but is unable to see where
the utterances are coming from.

-Virgil instructs Dante to snap a twig from one of the trees,
Dante does this, and the tree cries out in pain, bleeding from the source of the
break.

-Virgil tells the tree to tell his story, and he tells Dante that
he is Pier della Vigna, a political advisor to the emperor Frederick, and
because of Minos’ judgment, he was cast down to the second ring of the Seventh
Circle.

-Pier tells his story to Dante, when suddenly two men run through
the woods and hide behind a bush. The men are Jacomo da Sant’Andrea, and the
other man is unidentified. They were being pursued by vicious
dogs.

-Virgil and Dante talk to the bush, a man of
Florentine, who hung himself in the living world, now a soul who speaks of the
suffering that plagued Florence since the time that St. John the Baptist was
made its patron.


Punishment/Contrapasso:
the violent against themselves: suicides-transformed into thorny trees that are ripped apart
by Harpies and unable to be reunited with their
bodies


Ring three-
the violent against God: blasphemers/sodomites/usurers-condemned to a desert of blazing sand
with constant rain of fire:

-Dante and Virgil proceed through the forest to where the Third
Ring of the Seventh Circle begins, and there they find a desert of fire-hot
sand, where flakes of fire burn and fall down unendingly on those who were
violent against God—blasphemers.

-Among the damned souls there, Dante sees Capaneus, a king who
participated in the besiege of the Thebes.

-The two travelers make it to a river that runs red. Virgil
informs Dante that the river’s source comes from the Old Man of Crete, whose,
tears flow through the cracks of the statue at his feet, steaming to form the
rivers Acheron, Styx, Phlegethon, and Cocytus.

-Dante and Virgil cross the stream to the second zone of the
Seventh Circle’s Third Ring, where the Sodomites dwell, as the violent against
nature.

-Their Contrapasso Is to walk continually under the fire that
rains down.

-The travelers encounter Brunetto Latini, who provides Dante with
a prediction of a reward for his heroic actions politically. Dante dismisses his
prophesy and gives credit only to the will of fortune, and Dante and Virgil move
on.

-Dante is later approached by a group of souls that apparently
recognize Dante as one of their fellow countrymen, however, their features have
been burned, making them unrecognizable to Dante.

-Dante recalls their names as they are told to
him, and he experiences severe pity for them, and Dante admits upon their
inquiries that the valor and civility that once beheld their city was no more.

-As Dante is leaving the Second Zone, Virgil asks for Dante’s
cord that he wears as a belt, and one end of the cord is tossed into the ravine
filled with dark water.

-Dante then watches as a horrible creature rises up before them.


-The two descend into the Third Zone, and Virgil stays to speak
with the creature and Virgil sends Dante ahead further into the Zone, of those
violent against art—the Usurers.

-Here Dante observes that the souls must sit beneath raining fire
with purses that bear respective family emblems attached around their
necks.

-Then, Dante returns to Virgil, who has in the meantime talked
the monster Geryon into transporting them to the Eighth Circle.

-Dante is fearful of this option, but he trusts
his guide and the climb on the monster’s back and their way, circling downward
to the edge of the Eighth Circle. Geryon leaves them and returns to his
dwelling.

Punishment/Contrapasso:
the violent against God: blasphemers/sodomites/usurers-condemned to a desert of blazing sand
with constant rain of fire: 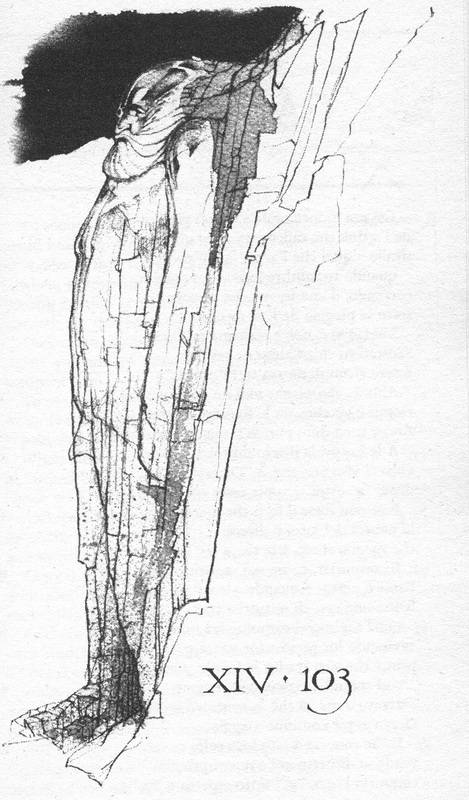