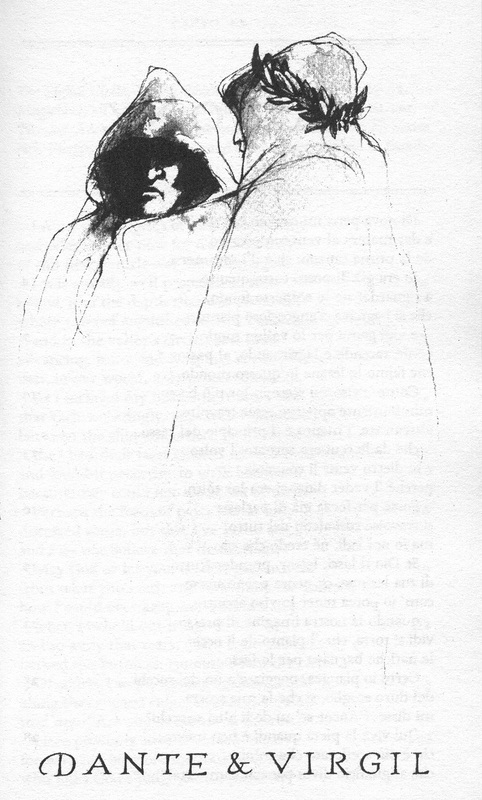 
Area:
the Gate of Hell, crossing the river Acheron, where the cowards
dwell


Icons:
The Gate of Hell—where Dante finally enters the
outer regions of hell through the gateway, which bears the inscription above the
gate that ends famously with a version of the English translation “Abandon all
hope, ye who enter here;” Created of God’s Love, and founds Dante’s hell as not
a creation of his Christian God, and not of Satan’s evil; represents love in the
terms of the holy Trinity, of the Father—the power divine, of the Son—the
highest power, and of the Holy Spirit—the Primal Love.

Charon—the boatman, or ferryman, in the
classical underworld, or Hades, from
Virgil’s Aeneid, book 6, where Dante
best knew of this icon; the boatman carries passengers—shades of the dead—who
have just arrived to hell, across the river Acheron; described by Dante as an
irritable, elderly man; objects at first to taking a living figure on his boat
until Virgil provides the credentials of their journey being divinely ordained
and the token to receive passage.

Events:
-Virgil leads Dante to the Gate of Hell, where Dante reads the
ominous inscription


-The two enter, and Dante hears cries of suffering and torment,
at which Virgil explains the source of the cries to be from those souls in the
Ante-Inferno—the souls who lived void of praise and blame, did not commit to
good or to evil, and lived making moral decisions; thus, heaven and hell denied
their entry.


-Virgil leads Dante to the river Acheron where they encounter
Cheron, who at first disallows them passage because Dante is a living soul, but
Virgil informs Cheron that their passage has been ordained from on high by God,
and they receive passage.


-An earthquake occurs, shaking the plain, and wind and fire arise
from the floor, and Dante faints from fear.


Punishment/Contrapasso:
the souls in the Ante-Inferno are forced to chase unendingly after a blank banner; flies and
wasps continuously bite and sting them; worms writhe and consume their flowing
blood and tears; these souls are now among the angel who neither sided with God
or Satin during the fall.